Comparing to June which saw a decrease of 1.6 percent , Real Disposable Income decreased just 0.1 percent in July. While  Real PCE increased 0.2 percent, compared with an increase of 0.1 percent.

Why has this report is highly monitored by market ? Simply due to the very fact that consumer rule the economy. Without consumer spending, business activities would come to a halted very quickly, as nobody buy those products or services. And without sustainable income, consumers simply cut down their expenditures in reality. Although there are other factors influencing consumer expenditures, personal income is still being the most important factors .

In this report, Personal Income means the money of which household receive before taking out taxes. And plain simple, Real Disposable Income means is how much money is spendable after taking out those taxes and so on. As it is mostly well known, personal income could comes from several sources :- 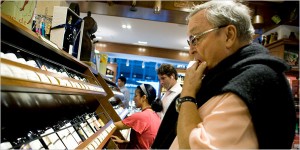 Historically, average people or household spends almost 95% of their income money received, although there are some whom we termed as ‘savers’ but it is of relative small portion compare to spenders.

Now, how would this data bring impacts to the financial market ? Normally, higher personal income are much favored by stocks markets as it means people on the street has money to spend on and fuel more economical activities like buying goods and services, which in return boost up corporate earning. In return, corporate would then be able to chunk out more profit and producing better returns for investors.